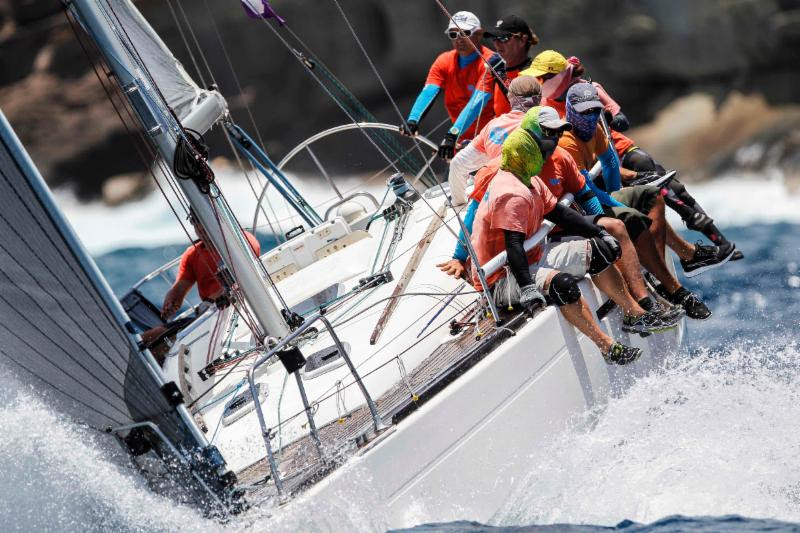 Antigua Sailing Week is considered one of the world’s most prestigious regattas and the 52nd edition will commence with the Peters & May Round Antigua Race on Saturday, April 27, 2019. Following that will be five days of competitive racing off the rugged south coast of Antigua which will wrap up on Friday, May 3, 2019.

Yachts flying the flags of 21 nations will be racing at Antigua Sailing Week with sailors from six continents; Africa, Asia, Europe, Oceania, North America, and South America. Diego Aguirre’s team racing J122 Inka have come all the way from Lima Peru. Afanasy Isaev’s team racing the 24m Grand Mistral One Design Weddell have flown in from frosty Siberia, and Phillippe Charet’s A40 from Melbourne will be representing the Royal Brighton YC, Australia. Teams from all over Europe and North America will also be racing on the legendary sailing grounds of Antigua and enjoying fun-filled parties in Falmouth Harbour and Nelson’s Dockyard. Numerous past winners of major regattas worldwide will be competing in the big Caribbean showdown.

The Antiguan National Sailing Academy’s Cork 1720s at 24ft are the smallest yachts competing. NSA Spirit is skippered by Jules Mitchell and the rising stars of the Antiguan National Sailing and the Antigua Yacht Club. NSA Valiant will be skippered by Joshua Daniels and crew comprised of young Antiguan sailors from 14-20 years old. The Youth to Keelboat Programme (Y2K) piloted in 2018 has more than 40 young sailors racing on competing yachts during the week. The next smallest yacht taking part is Speedy Nemo, the Dufour 34, owned by Raymond Magras of the famous family from St.Barths.

In the Bareboat Class Cannon and Harvey’s KHS&S Contractors will be looking to score a hattrick having won Bareboat Overall for the past two editions. Some of the crew have been sailing together for 40 years, including two who did the 1979 Fastnet Race together. Fourteen teams, organised for the 29th year by Hartmut Holtman’s KH+P Yacht Charter from Germany, includes octogenarian Herbert Münzel who has participated more than 30 times at Antigua Sailing Week!

The tagline for Antigua Sailing Week is ‘Where Sailing Comes First’, and this year the organisers have made changes to the regatta including two new classes, four new racing marks, plus information about ASW Minimum Safety Rules. The new classes will be Double-Handed and the High-Performance Class. The new marks will facilitate longer leg coastal courses and improve options for windward-leeward legs for all classes, including the Multihull Class.

Daily Prize Givings will be held on the lawn at Antigua Yacht Club with over a 1,000 sailors enjoying a cold drink and sharing their stories. The big party night will be held on Tuesday, April 30th with Reggae in the Park celebrating the 10th year of this now legendary night. Nelson’s Dockyard will come alive with headline artist Christopher Martin performing alongside Junior Kelly to celebrate this milestone. After the big night, what better way to recover than Lay Day at Pigeon Beach. The barbecue grills will be fired up, Wadadli and Corona Beers put on ice and Fever-Tree Cocktails and English Harbour Rum served. The fun activities in and out of the water will include; dinghy racing, swimming challenges, stand-up paddleboard rally, tug o’ war and much more.